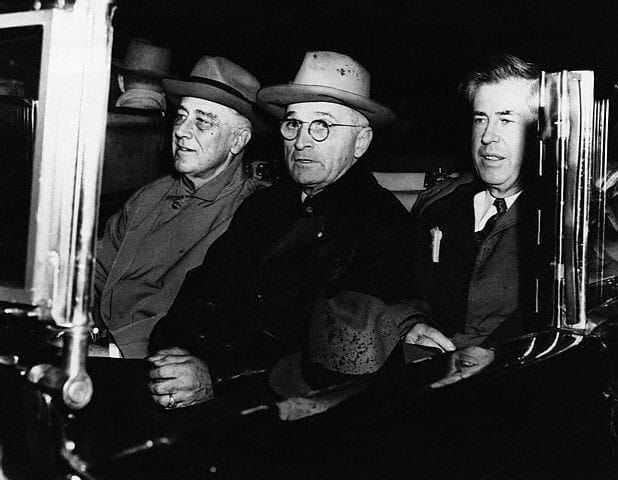 It’s 1944, all the party bosses know two things: Franklin Delano Roosevelt is going to win a 4th term and he most likely won’t live through it. At the party convention, the VP pick is going to be the next president. On one side is Henry Wallace, current VP and a lefty populist who’s popularity rivals Roosevelt’s, and on the other is Harry Truman, a largely marginal senator described by everyone who ever met him as “unremarkable.” Seattle DSA Vice Chair and friend of the show, Justin Roll joins the freak to discuss the scheming, pandemonium, and backroom deals that followed. Subscribe for access to all our premium episodes, and early release of episodes of Mechanical Freak Presents. patreon.com/seattlesucks

A bibliography for this episode can be found here on the Mechanical Freak.